Actuaries in the Arts: Victoria Grossack 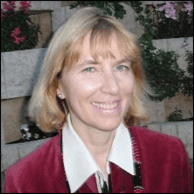 Victoria Grossack is a Fellow of the Casualty Actuarial Society, having received her fellowship in 1997. A graduate of Dartmouth College, she has worked at Argonaut Insurance Company in California, Zurich Financial Services in Zurich, Switzerland, and Folksamerica Reinsurance             in New York.

How long have you been an Actuary?
I completed my FCAS in 1997.

Tell us about how you decided to become an Actuary.
My brother had become an actuary. When I was searching for the right profession, he said, you know, Vicky, you were always good at math. I took the first exam, passed, and then had to convince a company in California to hire an English major.

What is your favorite part about being an actuary?
Actuarial work can be intellectually challenging without being emotionally draining. Now, emotions can be enjoyed in other circumstances, but sometimes it’s nice to turn them off. It also gives an interesting view of current events from a different perspective. The challenges of climate change, cyber liability and self-driving cars intersect with actuarial duties. And, of course, the pay can be good.

Do you have any advice for young people interested in pursuing this career?
Most actuaries know they must do the math and the rest of the learning. My greatest failing is my introversion, and I recommend that every actuary who is prone to this to take active steps against it. Join groups; participate in various communities; form relationships with people in other departments.

Now, switching gears, tell us about being a novelist and how you got started? How long have you been writing?
I was always interested in creative writing; in fact, I majored in English, although I had more math and science hours than English. However, in 1998 I entered the Actuarial Speculative Fiction contest – a very tiny genre – and then tied, with my good friend, Alice Underwood, for first place. The judge, Bob Mielke, even sent me a note telling me my writing was so good that I should consider writing professionally. Contingencies published my story, which was called “It Will Be Partly Cloudy Tomorrow.”

When did you start publishing books, and are you still active in this area?
Alice Underwood and I were both interested in Greek mythology, and we collaborated on a series of books called the Tapestry of Bronze. We started with Jocasta: the Mother-Wife of Oedipus, which was translated into Greek and which gets used by a few high schools in the US in their English classes. While writing Jocasta, we looked at many myths and myth fragments and came up with a probable solution to a mass murder that had gone unsolved for more than three millennia, so we wrote three novels on Niobe, then continued with novels on Antigone and on Clytemnestra.

Alice and I did the six novels planned together, and then I moved on to some other stories. I write some Jane Austen based fiction, which is easy because the characters and the world have already been created. (By the way, I think Jane Austen understood mathematics; there’s a scene in which a character uses a proxy variable.) I am also writing the Crow Nickels (chronicles), a series of books told from the point of view of a crow.

How does this differ from being an actuary? Do you use any of the same skills or is it completely different?
I am both an introvert and a workaholic, which are qualities found in both writers and actuaries and are useful for making progress on projects if not for furthering careers.

Creative writing requires some extra capabilities, such as imagination and character development, but writing for actuaries and writing in general have similar requirements. To write well, you need to understand what is going on at different levels of structure in your writing. You need to master your tools at various levels, including words, phrases, sentence, paragraphs, sections, the document as a whole, and its relationship to the world of literature.

ACTEX Learning's mission is to help actuaries and actuarial science students pass exams and achieve success in their careers. Over 50,000 self-study students as well as colleges, universities, and corporations have relied on ACTEX for actuarial exam prep, study materials, learning tools and professional development.